Wise and understanding God,
help us to be eager in the search for wisdom at all stages in our life.

May we be wise in our relationships;
faithful to those we love, tender to those who are bruised, strong to those who need support.

May we be wise in our faith;
using our minds to question and explore, testing our beliefs against our experience, open and receptive to all who are searching.

May we be wise in our decision making;
weighing up the implications of our actions, thinking about their effects on others, especially those who are disadvantaged.

May we be wise in our speech;
not only in choosing the words we say, but in taking care over the way we say them, so that we do not cause needless pain, but treasure words as precious gifts to share.

May we be wise in our emotional responses;
trying to balance heart and mind, taking care when we are angry, watching when we are under stress.

So may we grow in wisdom and favour before you and one another for Jesus’ sake. Amen.

(Taken from Seasons and Celebrations. Prayers for Christian Worship. Compiled by Donald Hilton).

Hymn 536 – May the Mind of Christ my Saviour. Listen here.

Then he led out his people like sheep,
and guided them in the wilderness like a flock.
He led them in safety, so that they were not afraid;
but the sea overwhelmed their enemies.
And he brought them to his holy hill,
to the mountain that his right hand had won.

He chose his servant David,
and took him from the sheepfolds;
from tending the nursing ewes he brought him
to be the shepherd of his people Jacob,
of Israel, his inheritance.
With upright heart he tended them,
and guided them with skilful hand. 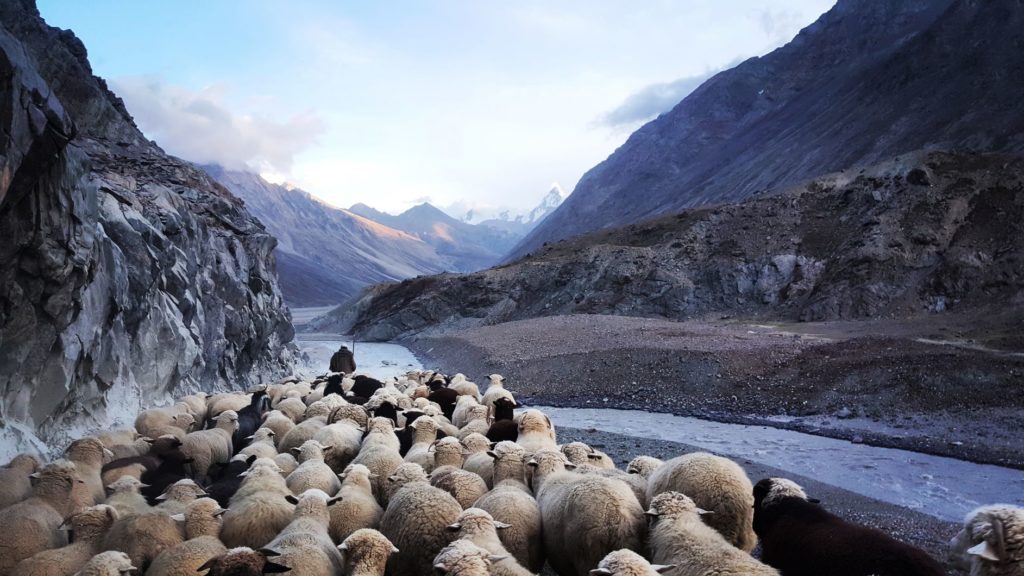 Psalm 78 is a long Psalm and I would invite you to read it through. It provides us with a poetic, though sketchy, record of the history of the Hebrew people, one that was possibly preached as a sermon or an inspirational talk. It takes us back, almost to the very beginning of things, to the intervention of God in the life of the nation in the time of Jacob. It describes in detail the series of calamities which came upon the Egyptians, forcing their rulers to do an about turn in their dealings with the Hebrew people, setting them free after long years of servitude and bondage. It describes God’s intervention, rescuing the nation from the pursuing Egyptian army at the Red Sea – the Lord harnessing the waters and providing a dry path for the people to pass through.

The Psalm goes on to describe their period of wandering through the desert – their murmurings and their waywardness, their apathy and at times rebellion, their grumbling when things didn’t go to plan and their supplies failed, their wilfulness in turning to worship the gods of other nations, the images they created and worshipped.

In the third section of the Psalm we are told how they at last reached their land of promise and then moved forward to the moment in which it was composed and the choosing of David as king: “He chose his servant David; he took him from the pastures where he looked after his flocks and made him king of Israel.”

The Psalm takes a long panoramic, though sketchy, view of the nation’s history. It could be said that it therefore comes to us with a sufficient span of years to enable us to witness something of a pattern developing. What is the Psalmist trying to get across through the message? Perhaps the answer is found in verse 53: “He led them safely and they were not afraid.”

Taken within their context, these words apply immediately and directly to the crossing of the Red Sea. However, I think in a more general sense they could as easily be applied to the period of history covered by the Psalm and perhaps even to our own experience of life today.

In a parallel account in the book of Deuteronomy, Chapter 8 verses 14–16, we read that: “The Lord your God rescued you from Egypt where you were slaves. He led you through that vast and terrifying desert where there were poisonous snakes and scorpions. In that dry and waterless land he made water flow out of the solid rock for you. In the desert he gave you manna, food to eat, food that your ancestors had never eaten.” He led, he guided, he kept.

The leading of God is the thread that seems to run all the way through the tangled history of his people. In the early days we see a wandering tribe with a patriarch at their head. Everything was small, self-contained, and, generally speaking, they prospered and increased. But then famine came and they migrated to Egypt. There under the protection of a powerful monarch they continued to increase and prosper. But then circumstances changed. The Pharaoh who had protected them was followed by a Pharaoh who persecuted them and they became a nation of slaves and in a very real sense they almost lost their identity as a nation and their dignity as individuals, and so we find them emerging from Egypt a timid and puny collection of individuals. Forty years had to pass before they reached the stage where Joshua could take them and begin to weld them into a nation.

That interim period, the wilderness years, contained a whole variety of experiences. They faced difficulties – they were delivered. They faced the agony of thirst – water gushed from the rock. And now looking back over the long, winding, stormy path along which they had come, the Psalmist sums it all up: “He led them safely and they were not afraid.”

But not only did the Lord lead his people through a multitude of experiences, he was also teaching, them, moulding and fashioning them, disciplining them through all the changing scenes of life. There were many hard lessons that had to be learned. For example, if God was to be enjoyed, he had to be obeyed and they had to learn that wrongdoing brought inevitable punishment. They discovered that God cared for the body as well as the soul. He made provision for them in the manna of the wilderness. The Lord was teaching them so much through the ordinary and everyday experiences of life.

They also discovered that the Lord always raised up his man for the hour, for the task. In succession he had given them Jacob and Joseph, Moses and Aaron, Joshua and Caleb, men who were called and equipped for their respective hour and duty.

They learned that the waters of the Red Sea would not divide until they reached them, nor would the River Jordan become a road until the first line of priests touched the brim. They were taught that the Lord’s timing is perfect. He led them all the way and he taught them through the everyday experiences of life.

It could also be said that the Lord had kept them and protected them through all of their experiences. Some had fallen by the wayside, some had suffered hardship and cruelty but on the whole they had been surrounded by God’s love. They had been delivered from their enemies. They had been kept through all their years of nomadic wandering when they had no place to call their own. It was against this background that the Lord had provided the pillar of cloud by day and the pillar of fire by night, the continuing signs of his presence and protection. The Ark in their midst was the symbol of God’s power. Through it all I am sure that they began to realise what the Psalmist was later to discover: “he who watches over Israel neither slumbers nor sleeps” (Psalm 121).

“The Lord brought them out of the land of Egypt. He led them through the great and terrible wilderness.” “He led them safely and they were not afraid.”

In a general sense I am sure we can all add our own ‘amen’ to that statement from the depth of our own experiences of life. Life hasn’t always been a ‘garden of roses’ for any of us. There have been many twists and turns along the way, difficult questions that have had to be answered, difficult decisions that have had to be made. For one reason or another we have all experienced our own ‘wilderness wanderings’. However, along all of life’s perplexing paths we are assured of the Lord’s continuing presence and protection.

I wonder if we, collectively as a church, can also add our ‘amen’ to the thought of the Lord leading us over the years. Some of you can cast your minds back over a number of decades of life and experience at Wardie. I don’t suppose anybody would say church life has always been easy – I am sure that there have been times when difficult decisions have had to be made and no doubt there have been those occasions when certain decisions have been questioned by others. But as we take a long panoramic view of church life I am sure that we would all agree that the Lord has indeed led us safely to the present day. And what about the future after the rages of the present pandemic are but history? Some in positions of authority within the Church of Scotland are beginning to ask difficult questions as to the future shape of the church life and of church buildings. But that is for another day, a day and a time when no doubt the Lord will lead and guide as he has in the past.

Prayer of thanksgiving and intercession

Lord Jesus Christ, words cannot express how thankful we are that You consider us to be Your children; Your treasure, Your pearl beyond all price.

Words cannot express how grateful we are that nothing, nothing can separate us from Your love.

Lord, we pray this day for all who are yet to hear this news. May You continue to sustain all who seek to make You known across our world.

Be in all that opens people’s eyes to You, Your love and Your call.

God of love and compassion, we pray for all who seek to make a difference in the lives of others, particularly in this time of pandemic. Be with carers and counsellors, medics and mediators. Be with those with listening ears and those with caring hands.

God of justice and peace, we pray for all who seek to challenge injustices and stand up for what is right. Be with the politician and the protester, the activist and the pacifist, the vocal and the silent.

Be in all that opens people’s eyes to You, Your love and Your call.

Hear us and help us to see You this day, we pray.

(With thanks to Church of Scotland ‘Starters for Sunday’ series and Rev. Jonathan Fleming, Minister of Cumbrae with Largs St John’s)