We have a new minister at Wardie Parish Church: Rev Dolly Purnell. Find out more about Dolly below! 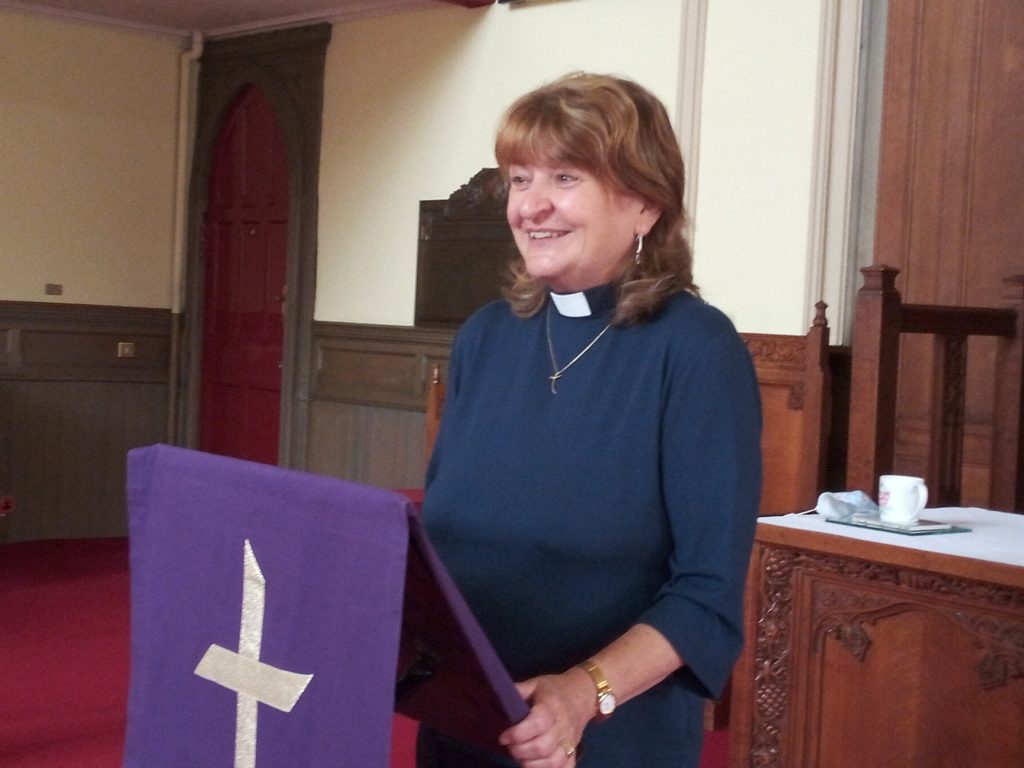 A graduate of Aberdeen University, Rev Dolly Purnell moved in July to Wardie Parish church from Arbroath Old and Abbey where she spent seven happy years.

Prior to that she was Minister at Kingswells Church to the west of Aberdeen where she was heavily involved in the schools and the community.

Dolly is married to Neil and they have two adult sons, a fabulous daughter-in-law, two grandchildren and a cocker spaniel called Pip. Dolly and Neil were married in Edinburgh over 40 years ago and though somewhat surprised, are delighted to be back in Neil’s home town.

When she is not at the church you might find Dolly in the swimming pool or the coffee shop but she is just as likely to be in the church garden or on a street corner listening and talking to those who cross her path.

Dolly and Neil are looking forward to working with the congregation at Wardie and in the wider community as they seek to serve God where he has placed them.